Rund (pronounced: Rand) Shami is an Arab-American writer who’s created and worked on Miami Web Fest award-winning digital series. She is currently the Showrunner’s Assistant on ABC’s Not Dead Yet and was formerly the Script Coordinator on NBC’s This is Us,  Writers’ Assistant on HBO Max’s Harley Quinn, and the Writers’ PA on Disney+’s Big Shot. Rand leads the Sunday night group of LA’s writer/actor troop, Deadline Junkies, and was a member of the Blackmagic Collective’s Future Women of Television (2020). She graduated with a major in Screenwriting from the University of Miami where she was a staff writer for UMTV’s late night comedy show Off The Wire. 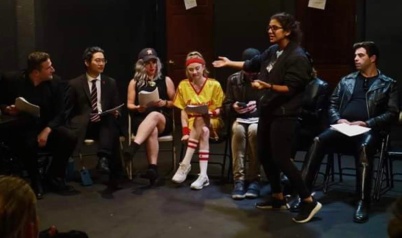